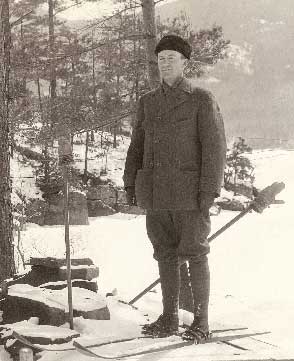 For many years Ellen Brown has been working on a book about her Uncle, John S. Apperson who moved from Virginia in 1900 to work for General Electric in Schenectady, New York. In his spare time he fell in love with the Adirondack Forest Preserve and became a leader in the Adirondack Preservationist movement. Over the years, Ellen has searched for information about his early years and family. His father, Dr. John S. Apperson, Sr. was the quintessential self-made man, having left home in Orange County, Virginia in 1859 with $12.00 and a few postage stamps in his pocket. During the Civil War he served as a medic under Dr. Harvey Black and was present when General Stonewall Jackson had his arm amputated. After the war he became a country doctor and eventually an entrepreneur, manager of a branch railroad, a foundry and other industrial enterprises.

The following is a collection of Apperson family letters, articles and a slideshow: