What were historians and journalists saying about the Roanoke Virginia region in the 1890s?

Thomas Bruce wrote a comprehensive history of Southwest Virginia in 1891, called Southwest Virginia and Shenandoah Valley. Copies of this interesting work are available in many libraries, but I took the trouble to retype this old out-of-print manuscript and am republishing it here for you now. Bruce’s writing is a good example of the “boosterism” that was at a peak in the early 1890s, along with land speculation. For those interested in the history of railroads and the rise of the “New South”…this can be a useful source of information. 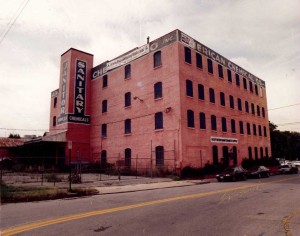 Photo of the American Chemical Company Building in downtown Roanoke